Chances are a Docker image already exists for the application you use in your research. Rather than starting from scratch and creating your own image, you need to know where to look for existing images.

But wait, what are the differences in a container and an image? An important distinction must be made with regard to base images and child images, official images and user images

container - Running instance of an image — the container runs the actual processes. A container includes an application and all of its dependencies. It shares its kernel with other containers, and runs as an isolated process in the space on the host OS.

layer - an intermediate image, the result of a single set of build commands. A Docker image is built from layers.

image - The file system and configuration of an application which is used to create the container.

tag - identifies exact version of the image. If a tag is not given, by default the :latest tag will be used.

base image - have no parent image, usually images with an OS like ubuntu, alpine or debian.

official image - Sanctioned images. Docker, Inc. sponsors a dedicated team that is responsible for reviewing and publishing all Official Repositories content. This team works in collaboration with upstream software maintainers, security experts, and the broader Docker community. These are not prefixed by an organization or user name. In the Docker Hub the python, node, alpine, and nginx images are official (base) images. To find out more about them, check out the Official Docker Images Documentation.

user image - are images created and shared by users like you. They build on base images and add additional functionality. Typically these are formatted as user/image-name. The user value in the image name is your Dockerhub user or organization name.

Dockerfile - is a text file that contains a list of commands that the Docker daemon calls while creating an image. The Dockerfile contains all the information that Docker needs to know to run the app — a base Docker image to run from, location of your project code, any dependencies it has, and what commands to run at start-up. It is a simple way to automate the image creation process. The best part is that the commands you write in a Dockerfile are almost identical to their equivalent Linux commands. This means you don’t really have to learn new syntax to create your own Dockerfiles.

Docker uses the concept of “Registries”

What EXACTLY is a Registry?

a storage and distribution system for named Docker images

Things you can do with Docker registries:

Some examples of public/private registries to consider for your research needs:

Docker Hub is a service provided by Docker for finding and sharing container images with your team. Docker Hub is the most well-known and popular image registry for Docker containers.

Registry a storage and distribution system for named Docker images

Builds: Automatically build container images from GitHub or Bitbucket on the Docker Hub.

Webhooks: Trigger actions after a successful push to a repository to integrate Docker Hub with other services. 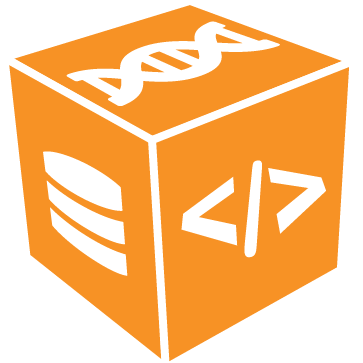 BioContainers is a community-driven project that provides the infrastructure and basic guidelines to create, manage and distribute bioinformatics containers with special focus in proteomics, genomics, transcriptomics and metabolomics. BioContainers is based on the popular frameworks of Docker.

Although anyone can create a BioContainer, the majority of BioContainers are created by the Bioconda project. Every Bioconda package has a corresponding BioContainer available at Quay.io.

Quay is another general image registry. It works the same way as Docker Hub. However, Quay is home to all BioContainers made by the Bioconda project. Now we will find a BioContainer image at Quay, pull that image and run it on cloud virtual machine.

NVIDIA is one of the leading makers of graphic processing units (GPU). GPU were established as a means of handling graphics processing operations for video cards, but have been greatly expanded for use in generalized computing applications, Machine Learning, image processing, and matrix-based linear algebras. 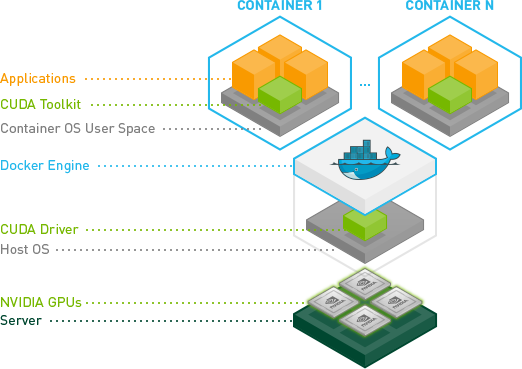 NVIDIA have created their own set of Docker containers and Registries for running on CPU-GPU enabled systems.

NVIDIA-Docker runs atop the NVIDIA graphics drivers on the host system, the NVIDIA drivers are imported to the container at runtime.

NVIDIA GPU Cloud hosts numerous containers for HPC and Cloud applications. You must register an account with them (free) to access these.

NVIDIA Docker can be used as a base-image to create containers running graphical applications remotely. High resolution 3D screens are piped to a remote desktop platform.

An example application of a graphics-enabled remote desktop is the use of Blender for creating high level of detail images or animations.

Fix or improve this documentation